Stopovers at the Cities of Surigao and Butuan

It was midsummer when my former officemate and I went for a travel in Mindanao. Our initial plan was to spend our vacation in the island of Siargao, but because of some time constraints and conflicts with transportation schedules, we then needed to have some stopovers in some cities before and after visiting our awaited destination.

There were no direct flights going to Siargao from Manila; hence, we were left with no choice but to fly through Butuan. It’s a long travel to get to Siargao from Butuan. Normally, it takes 6 hours of travel by land and sea combined. If ferries to the island from the city were frequent then there would be no problem in getting to Siargao anytime, but that wasn’t the case. 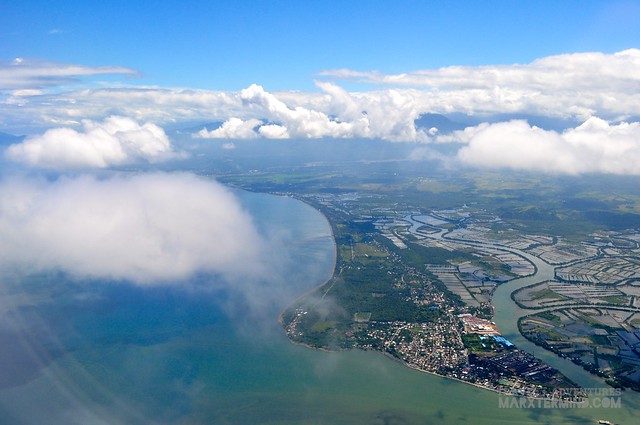 A Day in Surigao City

Right after exiting the terminal building of Bancasi Airport in Butuan, my buddy and me immediately went to the van terminal and hopped into the first van that we saw departing. I had my high faith that we’re going to make it to the last ferry departing to Siargao. Fare to Surigao City from Butuan via van costs about PHP 200 with travel time that normally takes about 2 hours, unfortunately our travel that time took longer. I’ve thought we’re going to make it before noontime, which was the last schedule for the ferry departing to Siargao. Boats and ferries to Siargao were no longer to be seen when we arrived at the main pier of Surigao City. We were told that the next one to depart would be next day, which is at 5:00 AM or maybe 6:00 AM. Since we couldn’t afford to be left behind again, we’ve told ourselves that we have to be at the port an hour earlier.

Ferries from Surigao City to Dapa, which is the main port town on Siargao Island, leave at approximately 6:00 AM; 11:30 AM and 12:00 PM. Travel time takes about 2 hours to 4 hours, depending on the ferry. The fare costs PHP 250 each.

We were stranded for a day in Surigao City. It could have been a misfortune but we took it instead as a chance to tour around. Since our visit in the city was somehow unexpected, we didn’t book any hotel to stay in Surigao. I’ve asked my friend, Nathalie, who is a local of Surigao and asked for some recommendations on where to stay. She then suggested Leomondee Hotel.

This is a budget accommodation situated close to the pier. Room rates start at PHP 500. We had a double room that comes with two single beds, air-conditioning and private toilet and bath. There’s also a free Wi-Fi. 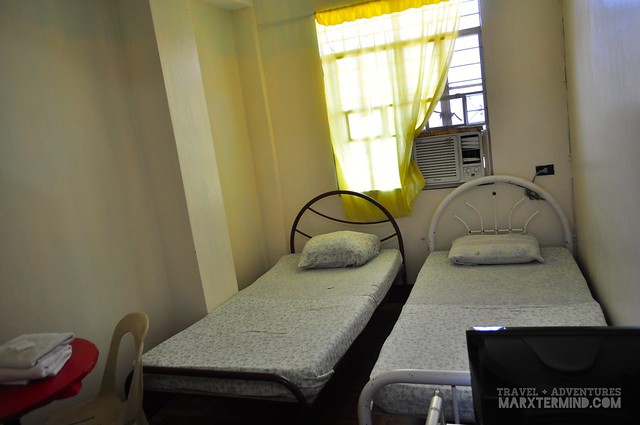 To take away our frustration of not being able to make it to the last ferry bound to Siargao, we had a nice lunch in one of the city’s homegrown restaurant, Same Place. It is a grill restaurant offering wide variety of affordable meals. Each of us had a set meal of grilled chicken plus an order of chop suey, a mixed vegetable. 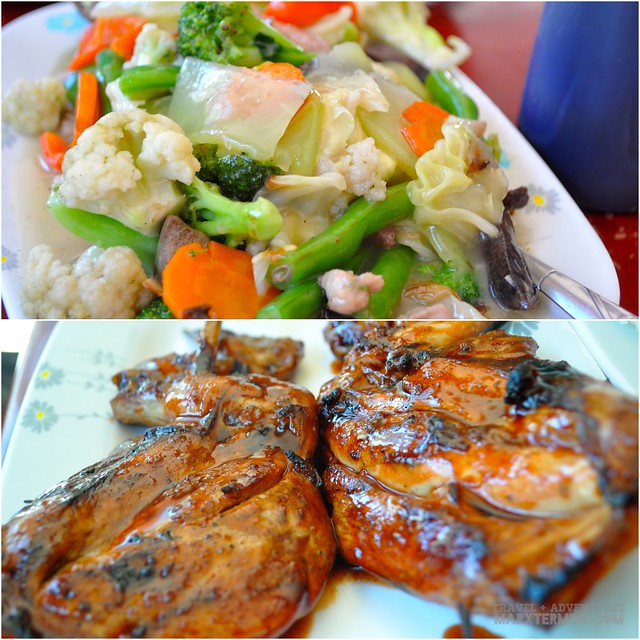 It was late afternoon when my buddy and I went out of our hotel. Both of us came from our work when we took our flight to Butuan. We were sleepless; hence, we’ve dozed off in our hotel first before getting out and get to some tourist spots in the city. I only had few sites in my mind to visit in Surigao City, but because we were left with only few hours to tour around, we’ve decided to get to a single spot that we’ve found very remarkable to see, the pebble beach in Mabua. 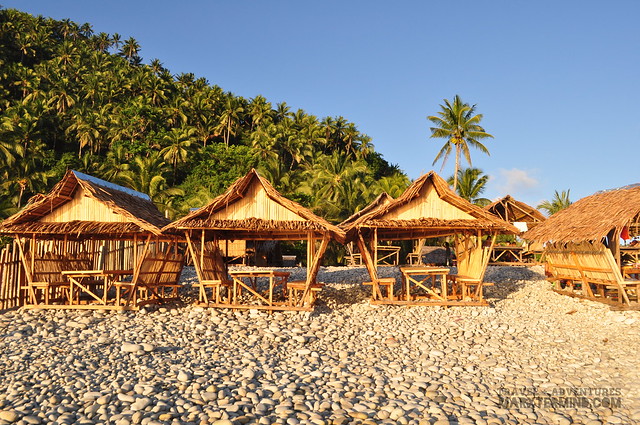 Mabua Pebble Beach is a unique beach situated in the northern west side of the city that is just a tricycle away from the port area. Walking from our hotel, we reached Sarvida Street beside Palma Trade Center and rode a tricycle going to Mabua. We told the driver that we’re going to the pebble beach and if he could possibly drop us there, and so he did. Travel time to get to our destination took about half an hour with a fare that costs PHP 20 each.

I had no high expectations about this beach. I was just so curious on how it looks. One quality for me to say that a beach is nice and impressive was it should have white powdery sand but when we had finally set our foot at the beach area of Mabua Pebble Beach, I’ve got stunned how it was. There were no white powdery sand but I was captivated. I’ve never thought I’m going to adore it so much. The water was calm and clear, my kind of beach. 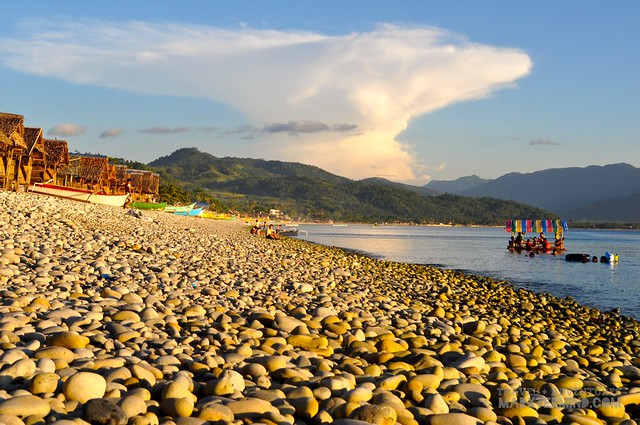 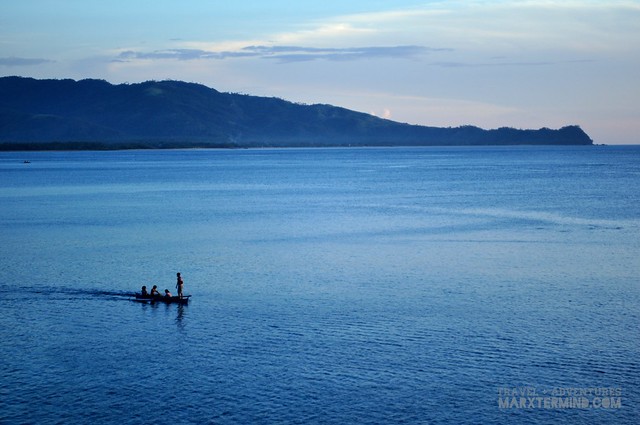 There were few local tourists around, relishing the beautiful beach of Mabua. If I only brought my board short with me, then I could have ran to the water already and having the same enjoyment as with the locals. 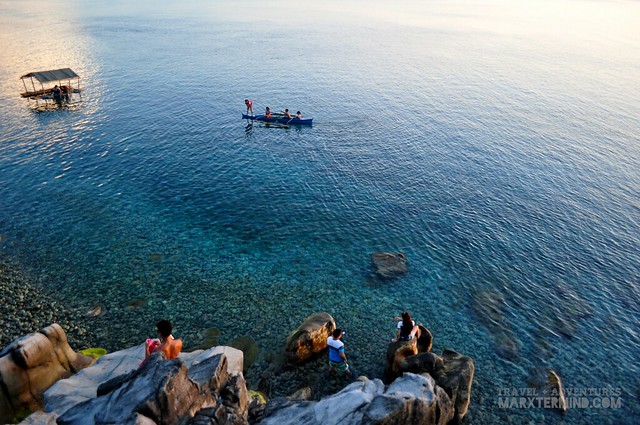 We explored a little bit of the pebbly shore – and had nice photo ops of the beach and the sunset. 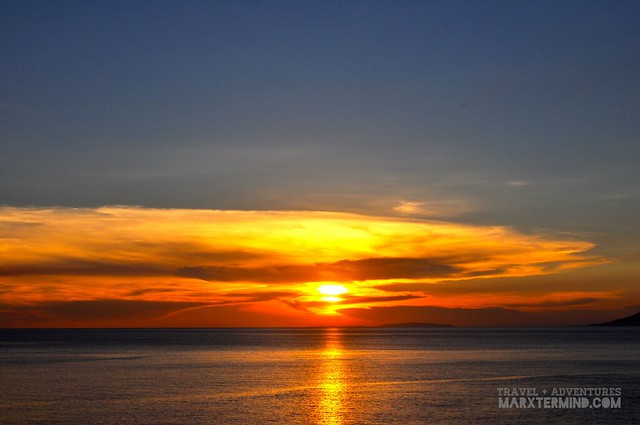 It was already nightfall when we left the area. There were no more tricycle outside the resort so we walked back to the main town. Luckily we were able to chance upon one. We rode the tricycle and went back to the city center, and met Nathalie for a dinner at the Pier View. The restaurant is situated along the pier road and offers grilled food and some street food that are popularly delectable in the area.

We didn’t want to miss the ferry again so we woke up early to catch the earliest one that departs to Siargao. The first one normally departs at 6:00 AM but because of the volume of passengers, which we had expected to happen, we checked out from our hotel as early as 4:00 AM and went to the pier to secure our tickets.

A flock of people greeted us in the pier. We knew it! The ferry was almost full so we hurriedly lined up and bought tickets for us. The luck was on us that day as we were still able to get tickets going to the island of Siargao, however there were no more seats when we boarded. My buddy and me just sat in some make shift benches. 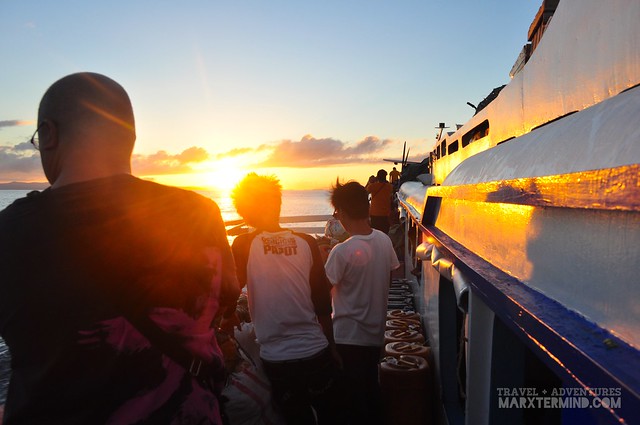 At around 5:30 AM, the ferry departed the pier. It was a sigh of relief that we’ll be finally going to our highly anticipated destination.

A Night in Butuan

After three days of exploring the island of Siargao, we went back to Butuan to catch our flight the next day. We traveled from Surigao City to Butuan by bus that time, which we’ve found safer and more convenient. It was already evening when we reached the city. We haven’t booked any accommodation for a night of stay in the city but I’ve noted some affordable hotels and inns, one of which is Julianne’s Inn.

The inn is along Nangka Road. It is one of the most popular inns within the city center. A standard room that is good for two persons costs about PHP 500. The room was air-conditioned and it has Cable TV. Bathroom is shared, though. Wi Fi can also be accessed but the connection was faster at the common area. 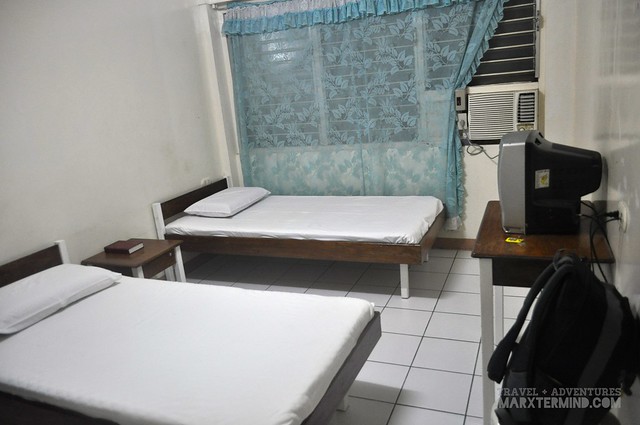 We only had a night in the city. My flight the next day was early morning thus leaving me with nothing but an evening to see the city. With my limited time, clearly I couldn’t be able to roam around and visit some main attractions, so my buddy and me have thought to visit a nearby mall, probably buy some souvenirs and have a nice dinner somewhere. And we did at Pina’s Barbecue. 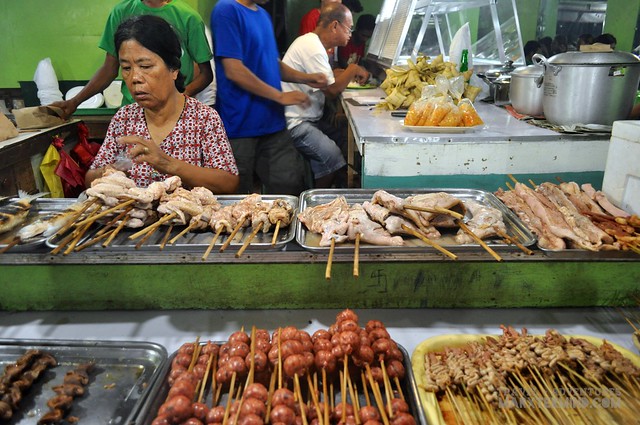 We had chanced upon this restaurant when we went to Gaisano Mall. The area was jam-packed of customers so we thought it might be good. And it really was. The barbecues were inexpensive yet they were tasty and delicious. I love the pork barbecue as well as the barbecued chicken intestine (isaw). Definitely, it was the best one that I’ve tasted. 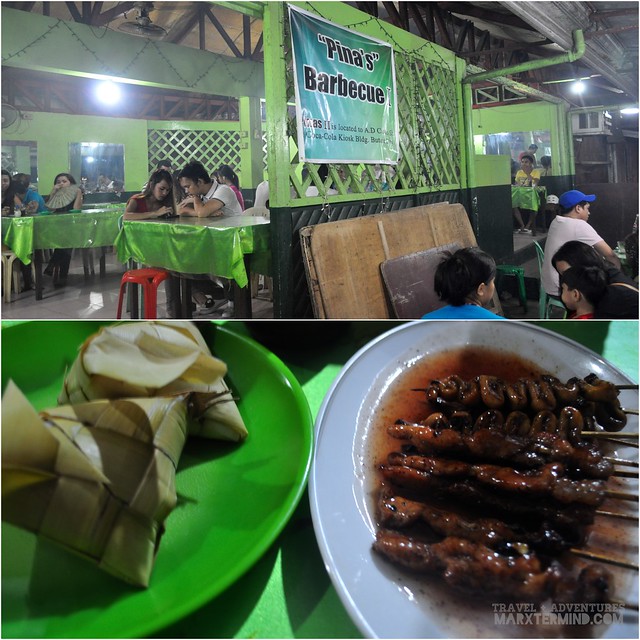 My stopovers to the cities of Surigao and Butuan gave me an insight of how these places look like. I found these destinations very promising, which makes me interested to go back and finally set time to fully explore these places. True that we missed the last departing ferry to our anticipated destination, but that case didn’t give us a trouble. Instead, it handed us an opportunity to experience and explore other things that were totally significant and worth visiting.