Situated at the coastal part of Luzon island facing the Pacific ocean, Baler is home to a number of beaches. With Sabang beach as a popular spot for surfing, the town has several beaches in which each has its own distinctive charm. 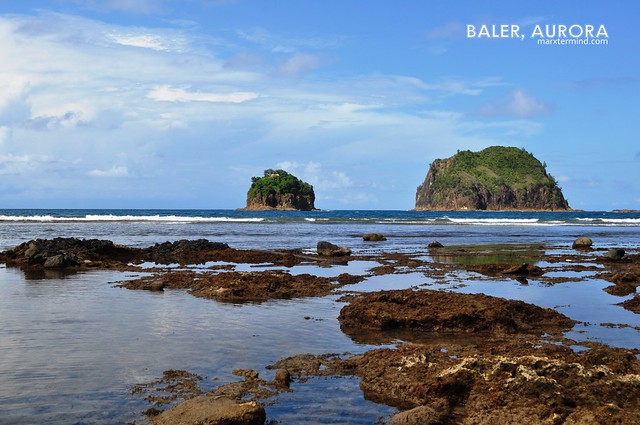 Located in Barangay Zabali, we were able to reach Digisit beach in 20 minutes tricycle ride from the town proper of Baler. The beach stretches to about a kilometer in length.

There were some resorts available along the beach. An entrance fee needs to be paid when you enter the resort, but in our case we weren’t able to pay such since no one asked us or accommodated us as we entered the vicinity. We went straight to the shore and roamed the beach. 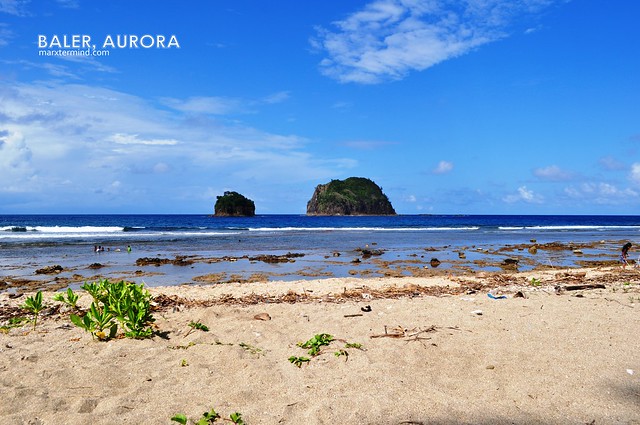 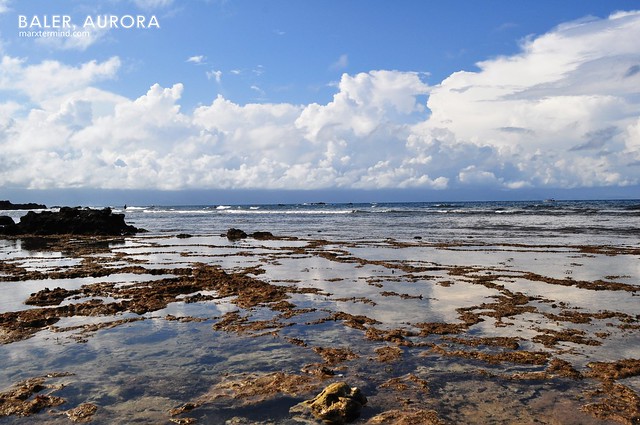 The shore was full of corals which looks like to be forming a protective reef that keeps strong waves of the Pacific Ocean from crashing onto the shore. 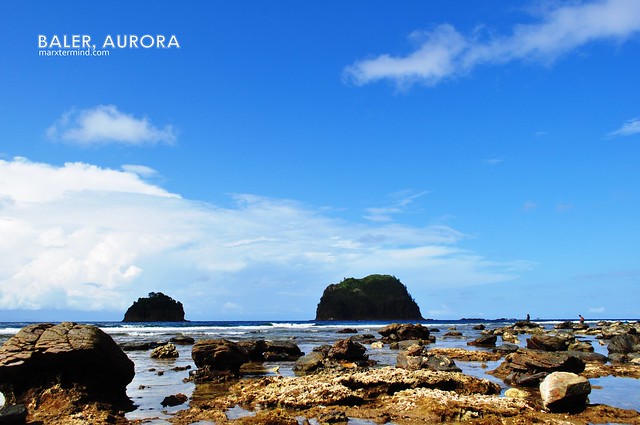 From the shore, the Anaio Islets could be seen. It is the two small islands lie south of the islet of Dimadimangalat (as seen in the picture above). These islets have small trees and other greenery growing on top surfaces.

Prior to this, I asked our tricycle driver / guide if it’s possible to get there. But upon seeing those islets I don’t think I can get there just by crossing the sea. The sea level has risen and the waves has been crashing too strong. I supposed one needs a boat and sail the sea to reach those islets.

Moving on, we walked to the right side of the beach and explored the rest of it. 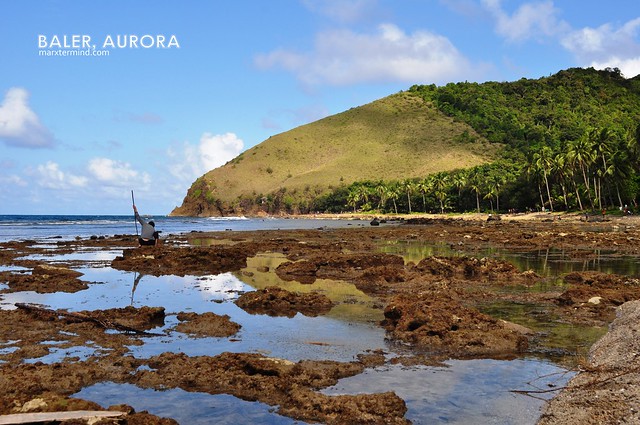 As we get closer, my friend and I saw some people on top of the hill. We got envious and decided to climb the hill as well. 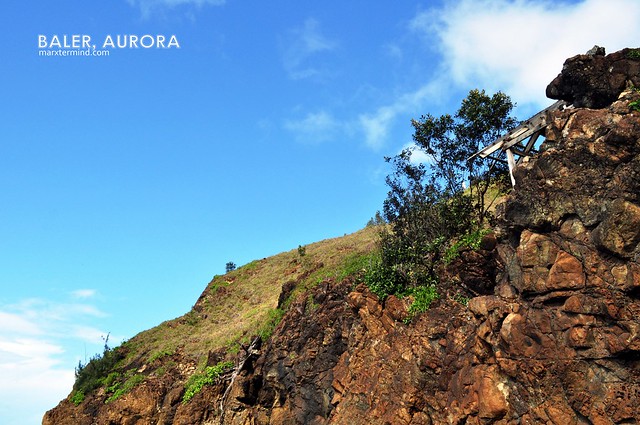 From afar, it looks like it could be hiked easily but when we reached the hillside we were puzzled on where to start our climb up. There’s no sign neither a decent pathway that leads up to the hill. Few minutes later the group who were on the hill was descending so we asked them loudly where’s the way to get there. Surprisingly, the way to the hill was this rocky hillside or cliff or whatever you call that. 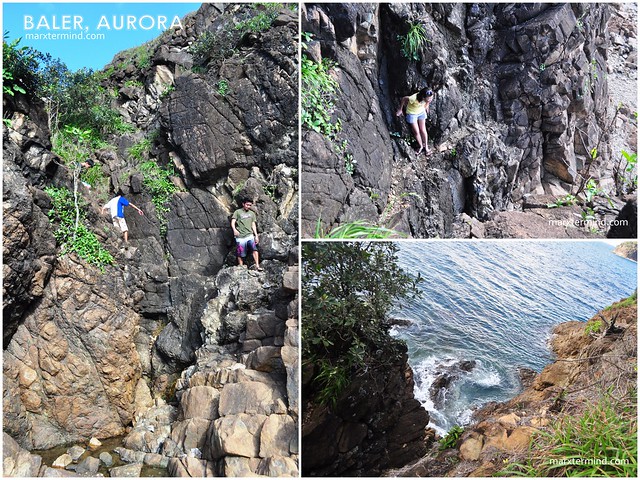 An adventure seeker, my friend and I still attempted to climb. I was so eager thinking Dicasalarin Cove could be on the other side. But few minutes later my friend gave up and went back down to the grounds. I was left alone. Fear took the best of her, she has a fear of heights. Who wouldn’t be scared with the sight like this, one wrong step and you’ll probably fall on those rocks smashing you with the crashing waves from the ocean. 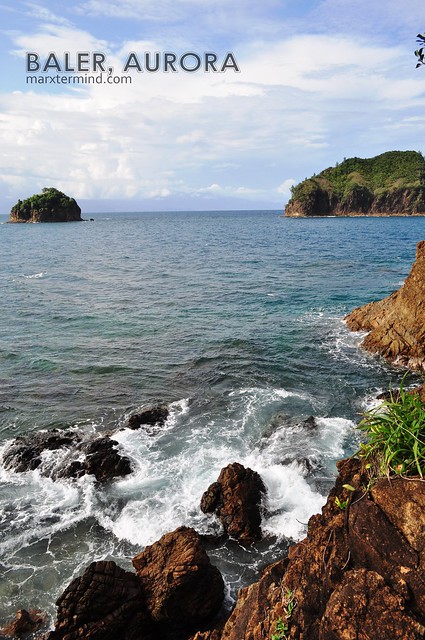 Enough of this morbid thought, I continued my trek until I reached the greenery area of the hill. Then an astounding view unfolded right before my eyes. It was indeed a sight to behold. 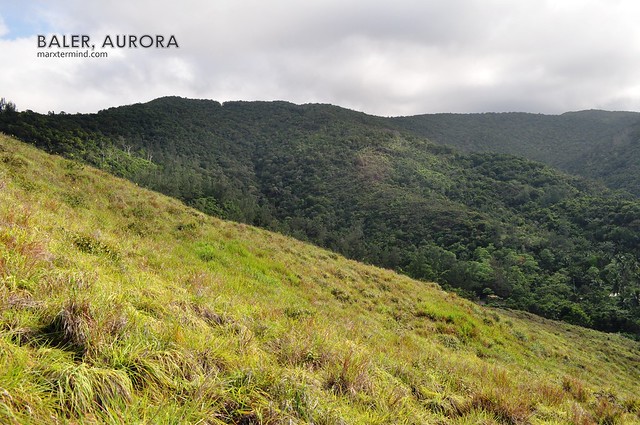 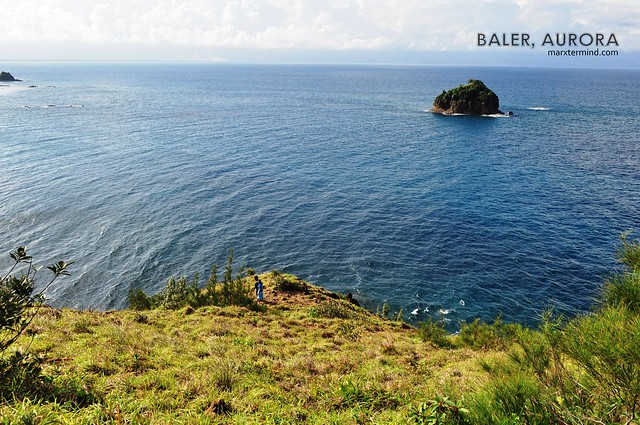 I continued climbing up aiming to reach the top, hoping I could see what’s the view on the other side. I was alone. I looked back and the couple I passed through awhile ago was gone, they might have descended from the hill already.
Alone and tired, I stopped from walking. I doubted if I should continue or should I stop from here. From where I’m situated at, it looks like it’ll still take more time for me to reach the summit. I had a friend waiting for me on the shore, she might be feeling bored now. Then I came to thinking to abolished my attempt of reaching it and appreciate the view I had from here. I took some silent moments from where I ended. 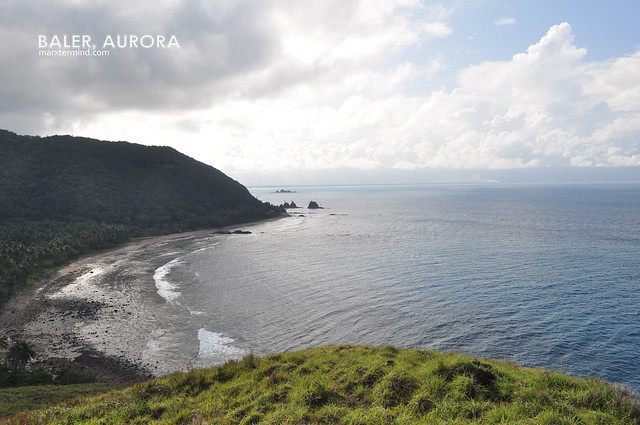 After a couple of minutes, I decided to descend. I was glad and felt fulfilled when I went back to the shore. Though, I haven’t made to see the other side I was happy to be able to climb the hill with the best effort I can. When I had finally met my friend waiting for me on the shore, we then went back to the road and moved on to our next destination, Ermita Hill.

Since it was already late afternoon, we weren’t able to visit Cemento beach and Lukso-Lukso Islets. We just had a stop on the road and see it from a far.