Most people know Sagada as a place for adventures and sceneries. People go to this popular tourist spot to seek for an exciting journey, to do some enjoyable activities and to get relaxed with amazing surroundings. But also like any other destination in the country, Sagada is also a place with interesting culture and tradition; part of it is the Sagada Bonfire Festival. 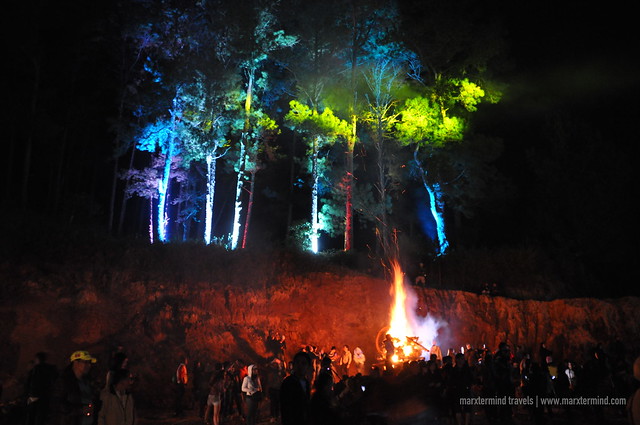 The Sagada Bonfire Festival is a festivity celebrating the culture and tradition of Cordillera. It showcases ceremonial of bonfire lighting, playing of gongs and dancing. The festivity happens yearly at the night of the New Year’s Eve, that’s what I knew.

But when I learned that it is already being held for few years already in a weekend between Christmas Day and New Year’s Eve, I felt more excited to visit Sagada again and finally witness the much-sought bonfire festival without even being away with my family for the New Year’s Eve celebration.

My friend and I were in Sagada a day after Christmas. We were so lucky that our planned visit coincided with the momentous bonfire festival, which in 2014 was a two-night celebration covering nights of concert and cultural show. 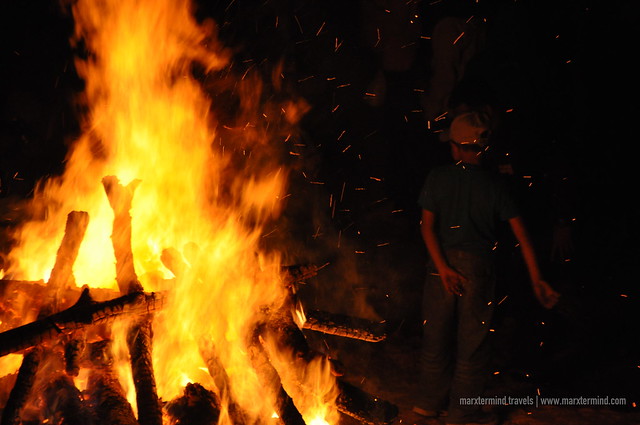 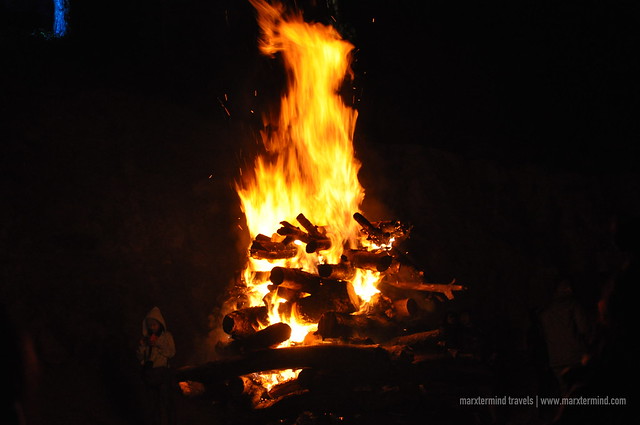 This event is being organized yearly by Sagada Genuine Guides Association (SAGGAS) in cooperation with Travel Factor. During our visit, tickets were sold for PHP 350 for the Musical Night and PHP 250 for the Cultural Night. The festival is usually set in different locations every year. In 2014, the celebration happened at the Mabbay Grounds, which is 10-minute jeepney ride from the town proper. Jeepneys were available from the town proper with fare of PHP 20 each. 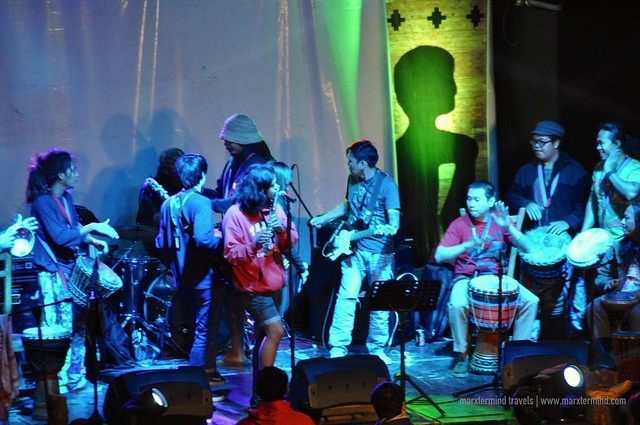 The concert had already started when we arrived at the festival ground. The location was already packed with people – watching the show and feeling the heat of the bonfire. My friend and I roamed around the area first to look for a nice place to stay. Because the cold weather was insufferable and my three layers of clothing were not enough to ease the coldness, we went a little near to the bonfire and settled in an area close to it. 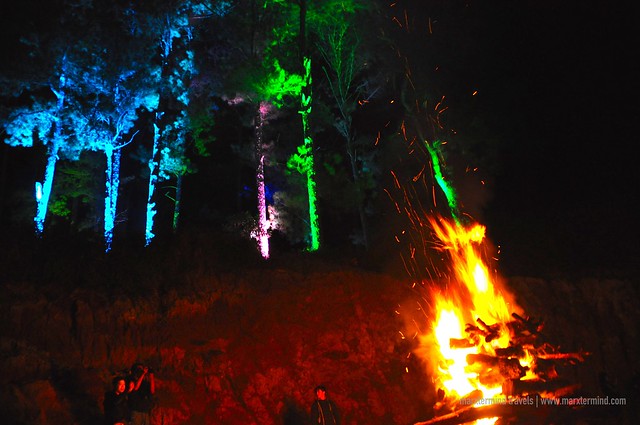 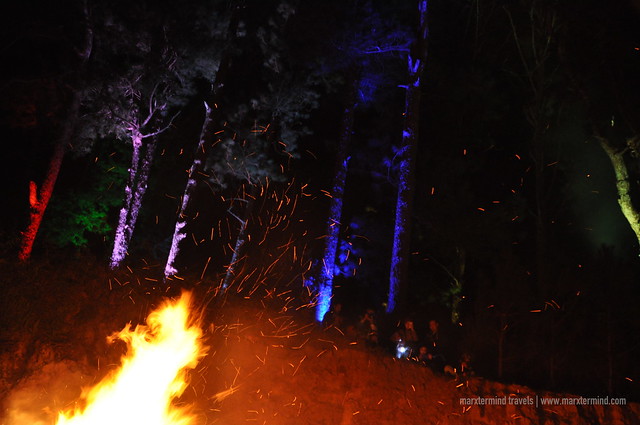 We then spent our night drinking beer and watching the show. 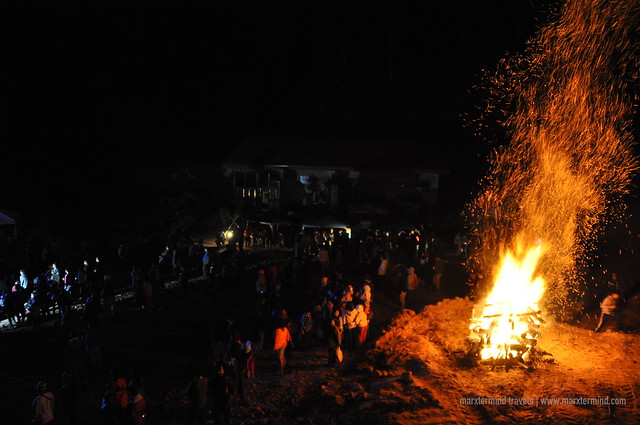 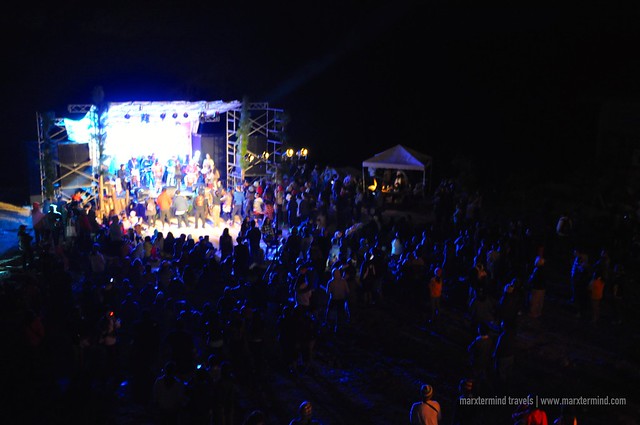 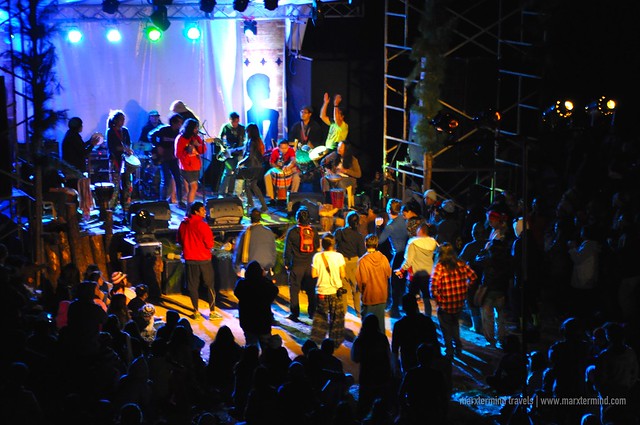 I’ve got dozed off in the middle of the concert that my friend eventually asked me if I would like to get back to our lodge already. I was interested to see Kitchie’s performance but I guess my drowsiness couldn’t wait any longer for her so we went out from the concert and went back to our lodge. 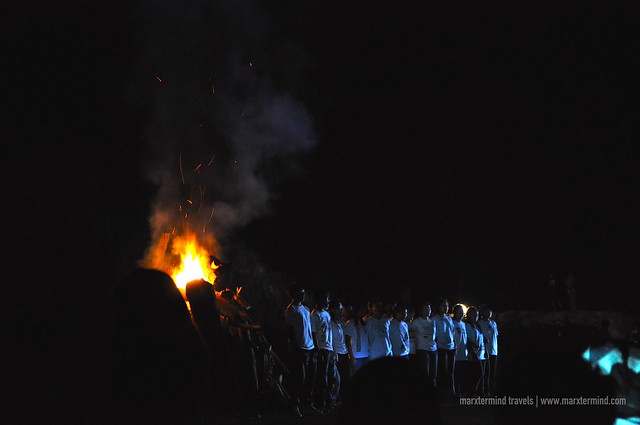 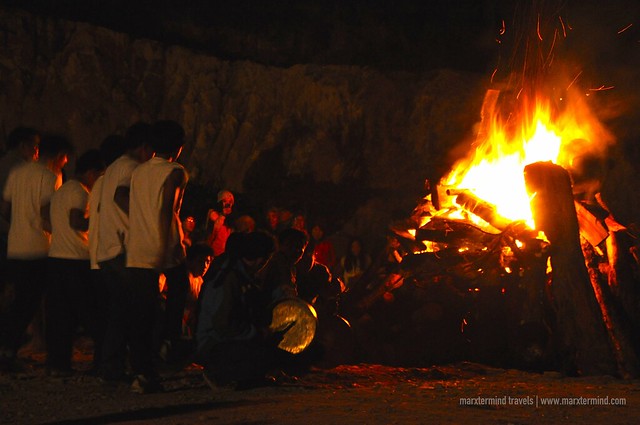 The venue was crowded. I was alone that time because my friend had already left Sagada and went back to Manila. I was expecting that the cultural night would be more intimate event wherein guests can partake at the local dancing. Well, guests were able to join to the native dances but seeing how numerous people were already dancing at the center, it somehow looked like a big party. Nevertheless, I was still pleased seeing the show because that was truly I was interested to see, the folk side of Sagada. 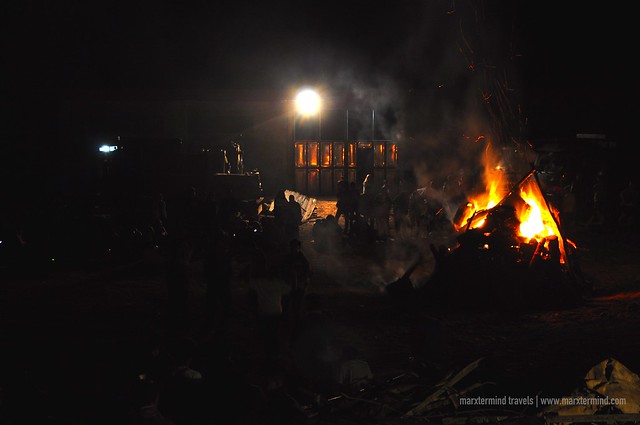 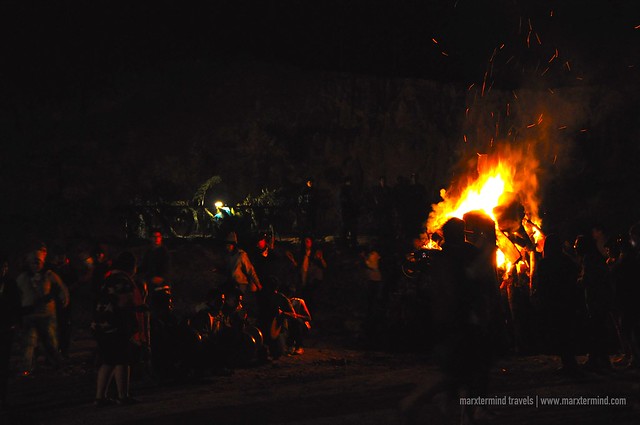 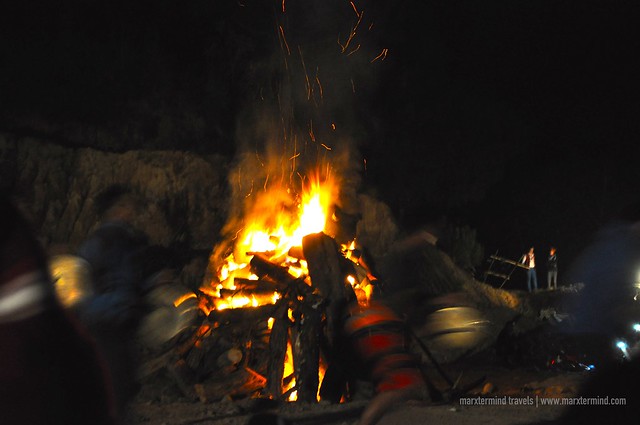 Traditional wine and coffee were being served for free during the cultural night. I was able to try one but seems like wine is not really my taste.

Same as the previous night, I left the venue early because I’ve got really sleepy. It might be because of the wearing activities that I’ve done during the day.

Witnessing Sagada Bonfire Festival was a meaningful event for me. I was glad to see this significant event in one my favorite destinations, Sagada. My initial intention was to get to Sagada again and just enjoy the adventures and sceneries but because of the bonfire festival, my visit had become more momentous and remarkable.