I’m not a fan of massage parlours, spas, water spas, saunas and bathhouses and alike. I’m one of those persons who don’t seem to like being touched by someone else or seeing my physique. I know, I’m skinny and I’m not that assertive about my built. However, when visiting South Korea, going to a Korean public bathhouse is a must try experience. I’ve never been to any of such relaxation area and trying it for the first time in Korea had been, well… a pleasant and fulfilling experience for me. 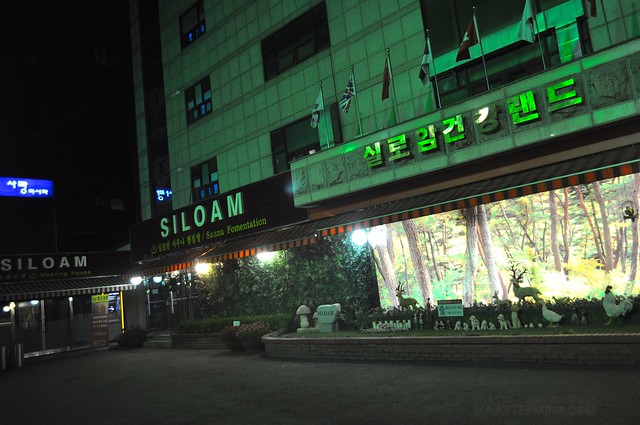 Korean public bathhouse or what is commonly known, as jjimjilbang is a large and gender-segregated public bathhouse equipped with hot tubs, showers, Korean traditional furnace saunas and massage tables. Although jjimjilbang was derived from the word jjimjil, which means heated bath; in Korea, public bathhouses now have other areas that are intended for lounging, sleeping, recreation, gaming, snacks and other things. 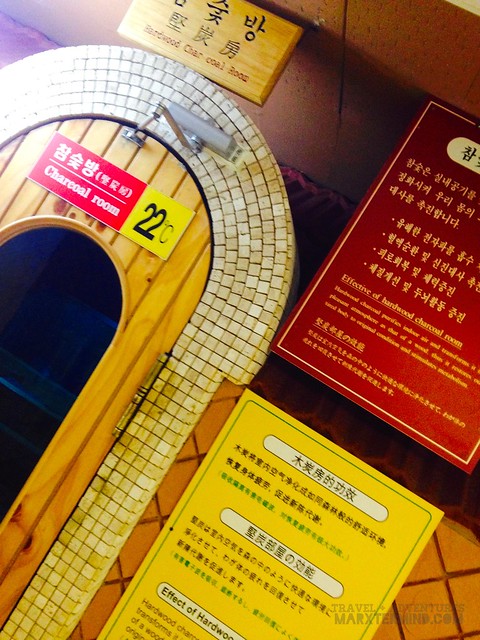 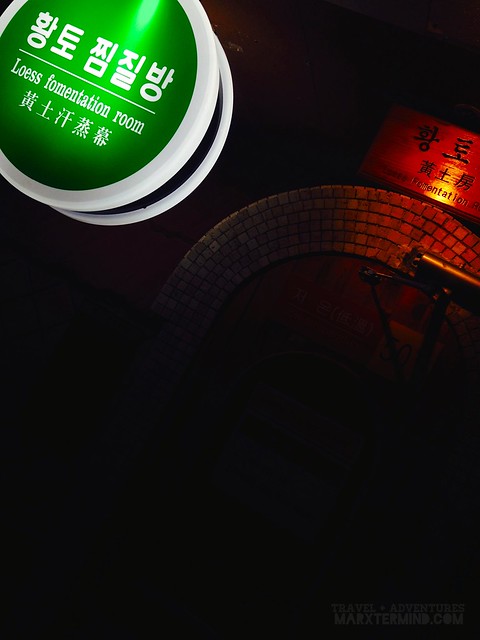 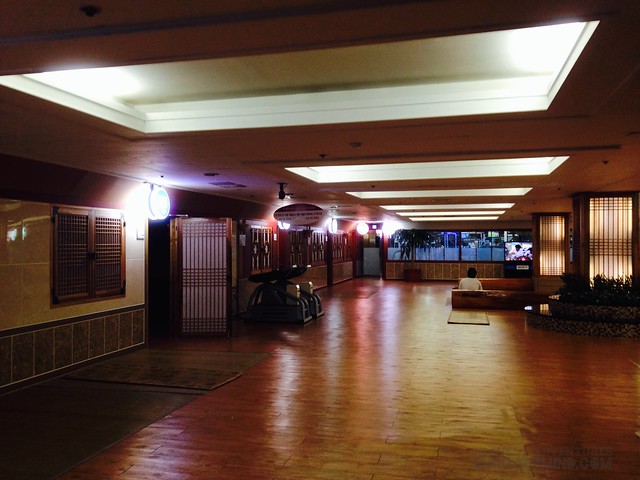 There are now numerous public bathhouses in Seoul. Most of these are open 24 hours. One of the jjimjilbang that I’ve read online that has good reviews is the Siloam Fire Pot Sauna. This bathhouse is located at the back of Seoul City Station, but if you’re coming from EWHA Womans University, Chungjeongno Seongsu Station is the most convenient station to get to Siloam Fire Pot Sauna. From there, you can walk for approximately 10 minutes to reach the bathhouse.

It was early evening when I arrived at the bathhouse. It was a weekday and there were not much of guests, thus a perfect time to experience it for a first timer like me.

I paid the KRW 10,000 admission fee or whatever you call it upon entering the vicinity. I was given jjimjilbang clothing, which is a pair of shirt and shorts that will be worn once inside the bathhouse area. I was escorted by one of the staff. He must have felt that I was a first timer and I needed a guide to get along the preliminary process before using the facilities. 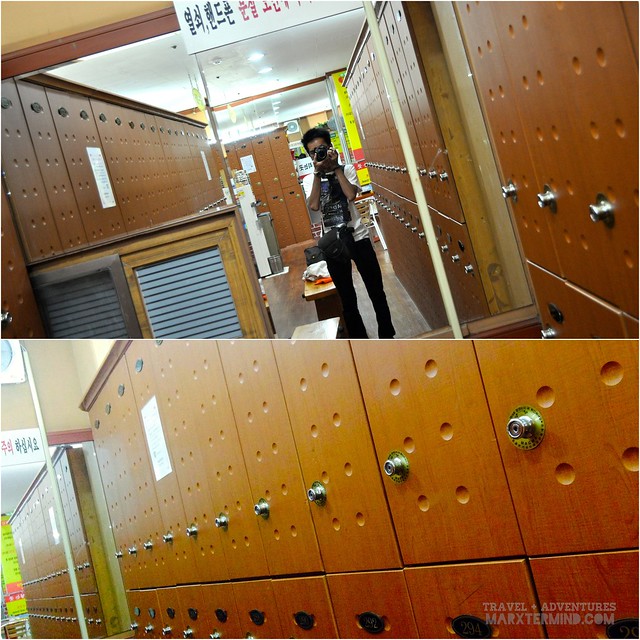 I took my shoes off and left it in my designated shoe locker. I was then given another key to another locker, where I stored all my belongings. I went to the changing room area and there I changed to my jjimjilbang clothing. I went to the sauna area to see what was happening and if I will be courageous enough to get naked and try the amenities. I got squeamish so I proceeded to the other areas first and had it explored. 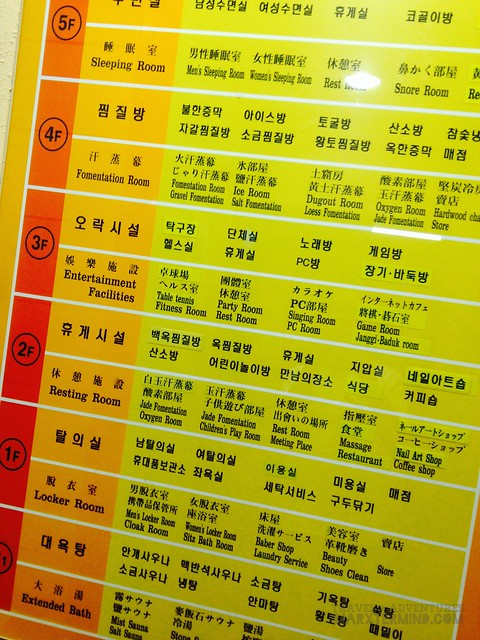 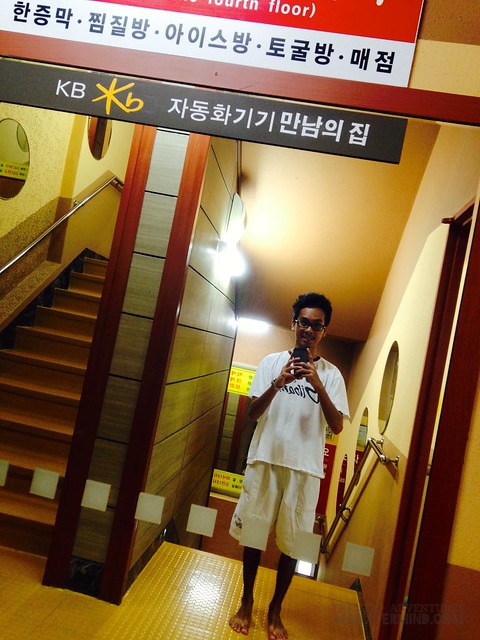 I went up to the upper floors that have several rooms and lounging area, which are of different type. There are heated rooms and iced rooms, which you may try if you wish. The heated rooms were too hot for me to endure so I tried one of the iced rooms instead. The room was really iced; the temperature was in about negative 14 degrees Celsius. 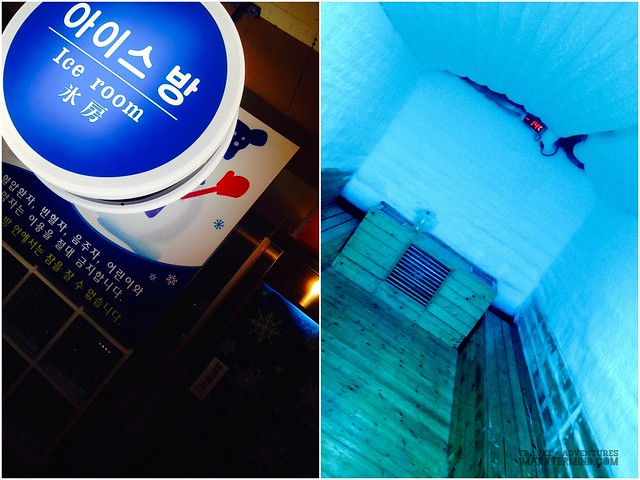 I tried to look I’m still enjoying it but I couldn’t really bear the coldness anymore so I walked out of the room and checked out the other ones. I went to one of the fermentation rooms and tried it as well. I didn’t really have any idea what to do inside it but seeing that people just lying on the floor, I just did the same thing. 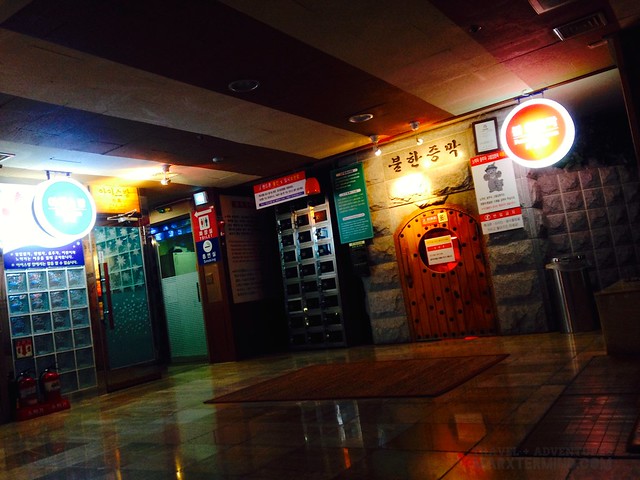 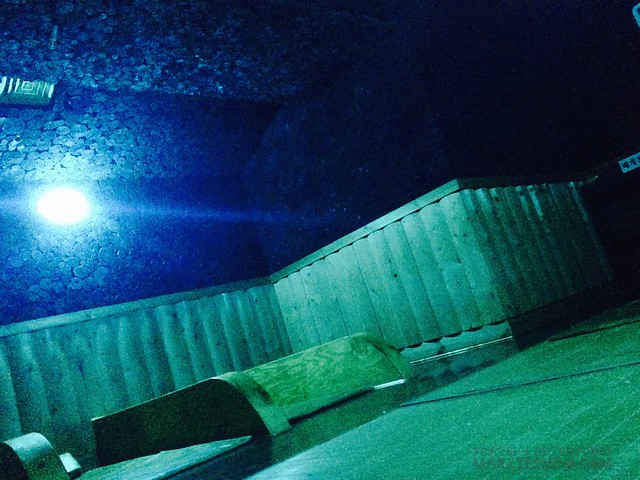 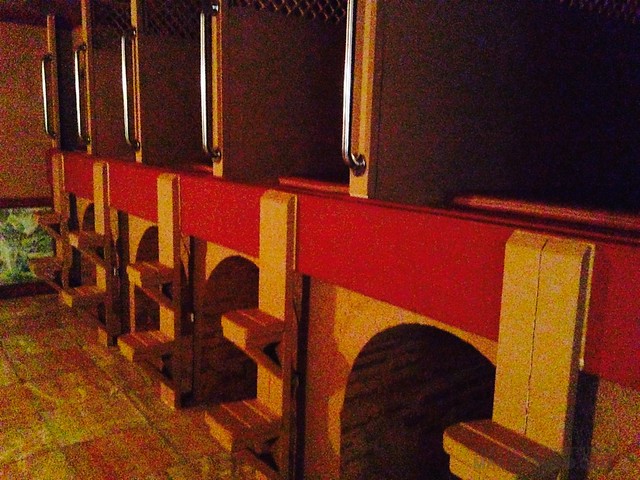 After a couple of minutes, I went out of the charcoal fermentation room and decided just to lounge around the communal area. 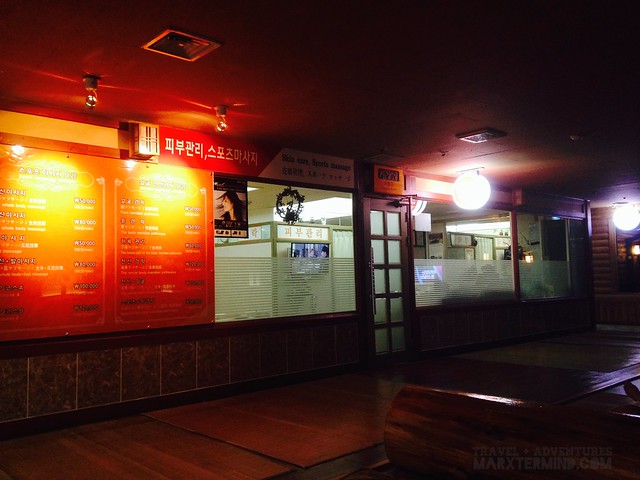 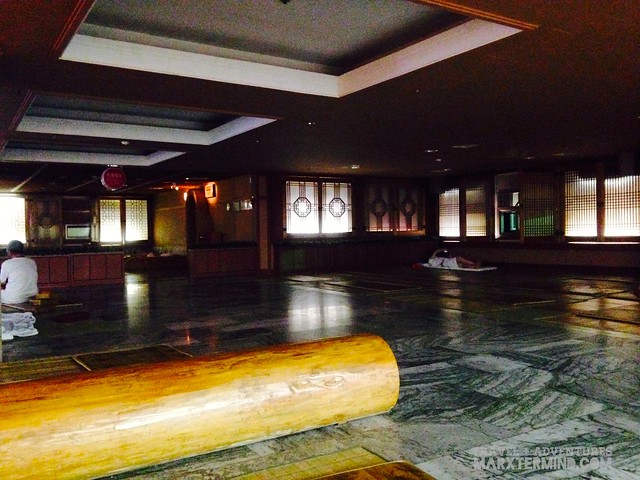 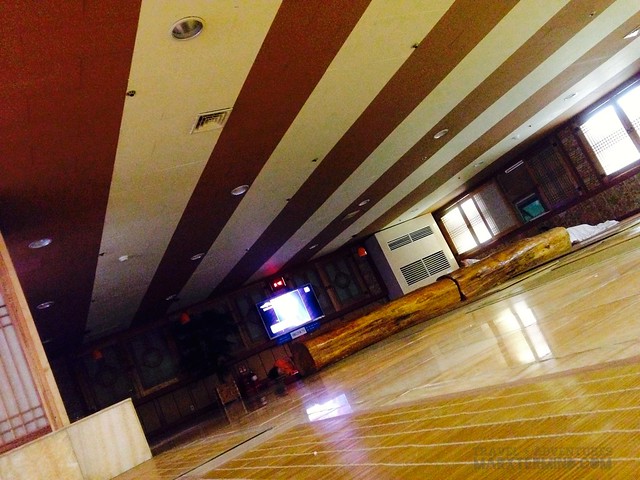 There were also snack areas located per floor but I wasn’t too hungry that time thus I wasn’t able to know how it their food tasted. After a while, I went back to changing room and thought over if I’ll be trying the sauna.

While I was sitting down for a while thinking about sauna, there’s an old Korean man who approached me and tried to converse with me. But he couldn’t speak English well. However, in some instance I was able to get his points so I also tried to answer him rightly as possible. After a while I was surprised with his gesture that he bought me a can of soda for me to drink. If I can only speak Korean then I’ll be so glad to talk to him. I just said “Thank you” for buying me a drink. 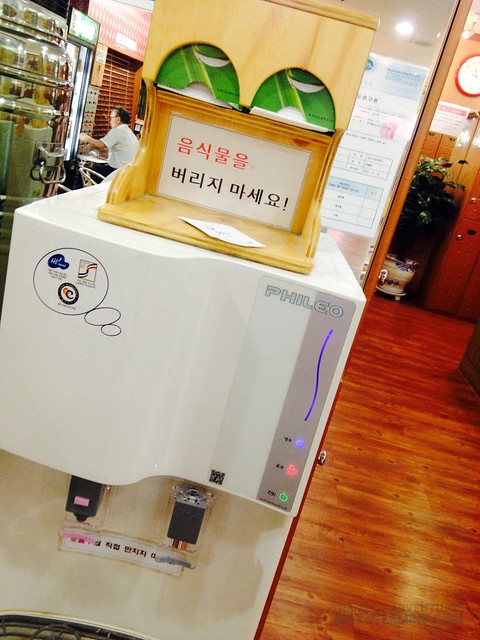 It was already getting late, in about two hours the train station will already be closed so I’ve told myself I have decide now if I’ll try the sauna or what. So for me not to make the agony longer, I went back to my locker, removed all my clothes, placed it all in my locker then I went ahead the sauna area.

I noticed that people doesn’t bother about other people getting naked. I think it was just I being conscious about it. Also, I’ve thought that that time was the perfect time for me try sauna since I was by myself. The people in the area were strangers to me and no one bothers about whatsoever.

The sauna area has several pools and bathing area. I tried the heated pools first. It was in 38 degrees Celsius. It was too hot. I stayed for a little while but I couldn’t tolerate the heat. I tried the other heated pools as well but I couldn’t really enjoy myself staying longer in them. I went to the cold pools and that I was able to enjoy for a while. I was sitting in one of the pool’s lap when one of the attendants approached me then asked if I’d like to have a scrub. Well, I said no.

It was a nice experience trying the sauna. It was indeed a unique one. After trying it, I must say I’m not bothered anymore about being naked in places like bathhouses. That experience made me want to try other similar places in my next travels as long as I’m not with a company during the trip.