When a long holiday was declared last November in the Philippines, I immediately looked for a destination that I can spend the long vacation days. Although I had just arrived from my Australia trip, I wanted to go out of the country again. I looked for cheap flights out of Manila and one of the destinations that came up was Kota Kinabalu. Since I haven’t been yet to this part of Malaysia before and flight to get there is only about 2 hours from Manila, I decided to book the flight. 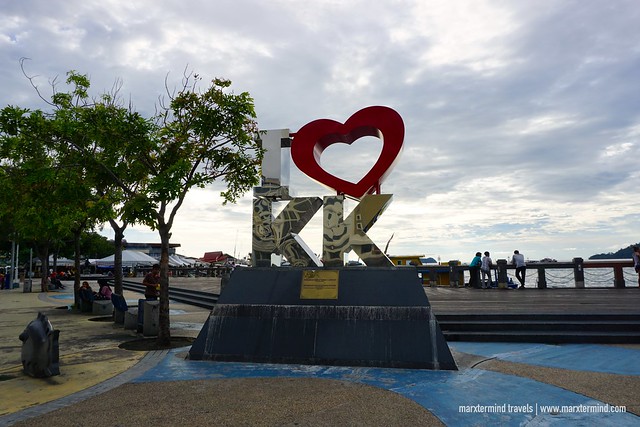 Kota Kinabalu is a growing tourist destination in Malaysia. It is on the tropical island of Borneo, and the capital of the Malaysian state of Sabah. It has interesting sights to see and places to visit. Few small islands that offer beautiful marine sanctuaries, clear water and stunning beaches also surround the city. Explore the beaches by joining one of the island hopping tours. Tourists can also go snorkeling, scuba diving and do other water sports.

Touring around Kota Kinabalu is easy. With only few things to visit on my list, I started after lunch. I also didn’t join any organized tour and only used Uber to reach my destinations. I relied by connecting to public Wi-Fi to book my rides. Now, here are the places I visited during my city tour. 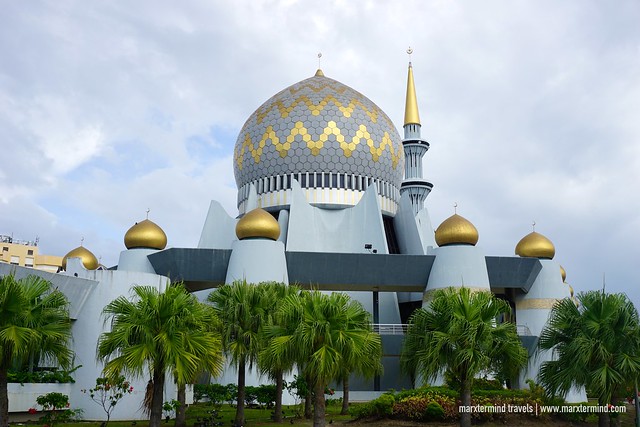 Farthest among the places that I wanted to visit in the city, I began the tour by going to Sabah State Mosque. This mosque is one of the most outstanding pieces of architecture in Sabah. It also has a majestic dome and stunning gold inlay motifs, which why I got interested of this place. The mosque also has a combination of modern and Islāmic architectures. It’s beautiful and a sight up close. I just took some photos and didn’t go inside anymore. 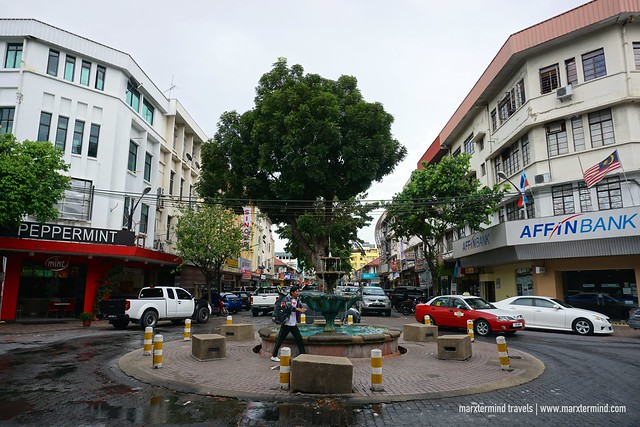 Originally named Bond Street, Gaya Street has been the center of business for over a hundred years. It is in the central business district. The street is lined up with several restaurants, bars, café, and shops. It is mostly busy during Sunday for the Sunday Market. Too bad I didn’t able to come here that time. 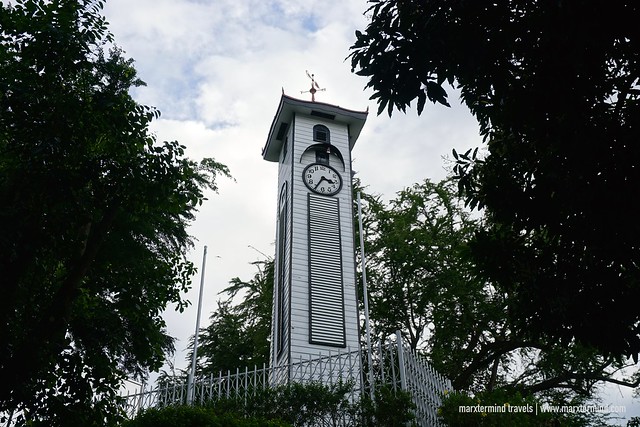 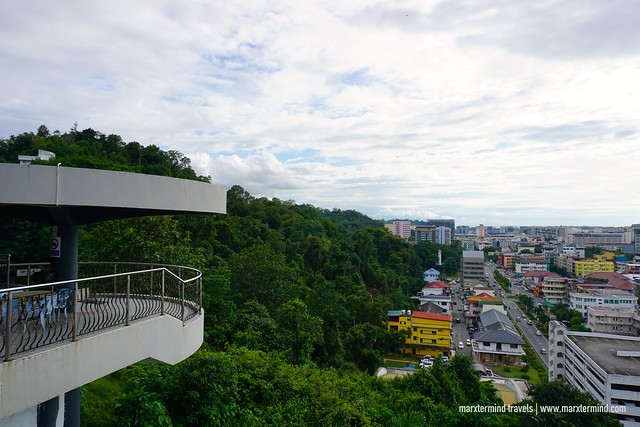 A short hike from the clock tower, Signal Hill Observatory Tower offers a breathtaking view of Kota Kinabalu. It is the highest point in the city. On top, there are snack shops and overlooking deck for nice panoramic views. 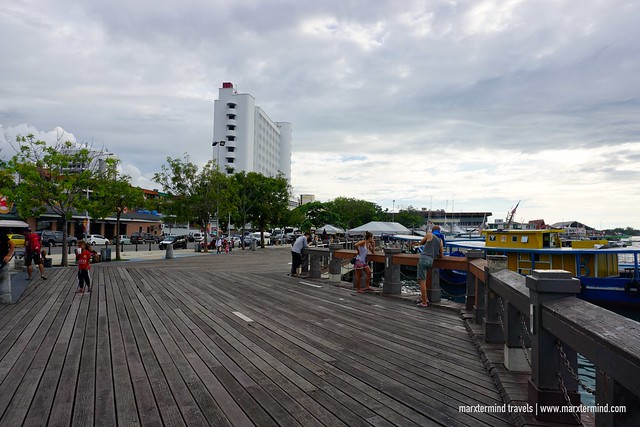 This place is popular for both locals and tourists. I went here after going to Signal Hill. Along the waterfront are shopping malls, hotels, resorts and a boardwalk. The boardwalk is also a great place to view the sunset. There are also rows of pubs, restaurants, local markets, children playgrounds and shopping arcade in the area. 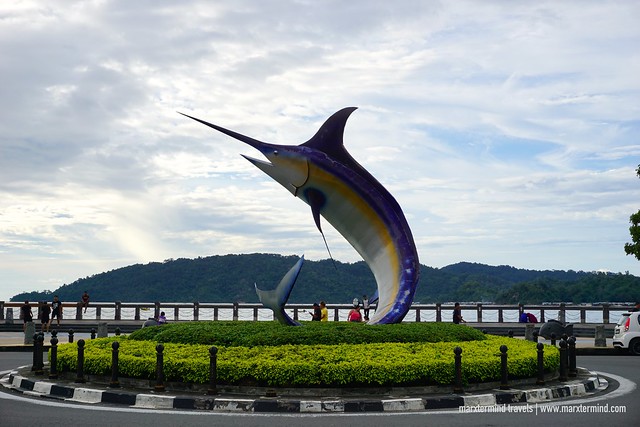 This is one of the reasons why I got convinced to visit Kota Kinabalu. It is a beautiful mosque that shows Islāmic contemporary structure. This mosque is by far the largest one, and the second main mosque in the city after State Mosque. Kota Kinabalu City Mosque is partially surrounded by an artificial lagoon, which is why it was also called as a floating mosque. 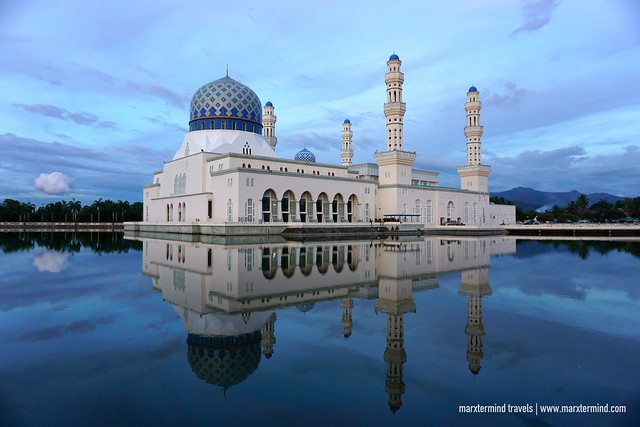 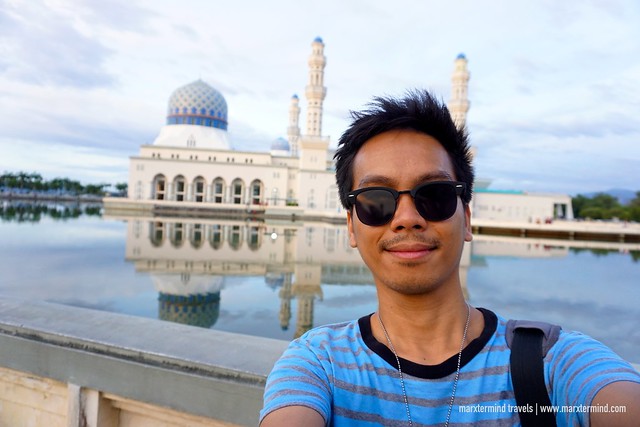 The mosque looks majestic, most especially during sunset. The Kota Kinabalu City Mosque is open for public visits daily except Fridays from 8:00AM to 5:00PM. There are no fees charged on visitors. 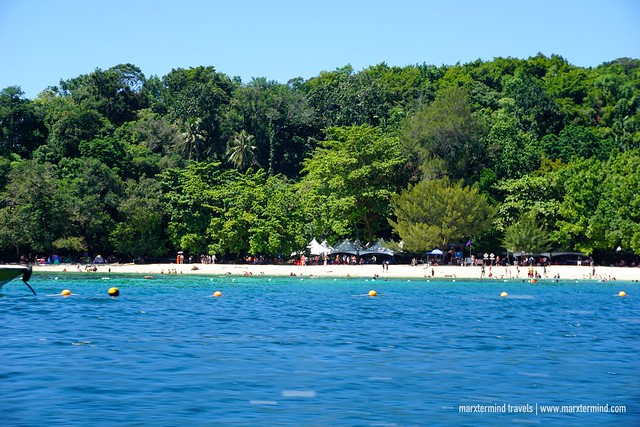 Kota Kinabalu is also a great destination for that perfect island holiday. The city’s most popular tourist spots are also its surrounding islands. These islands are part of Tunku Abdul Rahman Marine Park and are just 15 to 20 minute speedboat ride. Jesselton Point is where all the boats going to the islands are. Best time to start the activity is around 8:00AM. Booking for the island hopping activity is easy as a lot of ticketing centers are at the Jesselton Point. Normally, there are three islands on the tour. These are Manukan Island, Sapi Island and Mamutik Island. Since I had only limited time to do the island activity, I decided to just book a tour for Manukan Island. 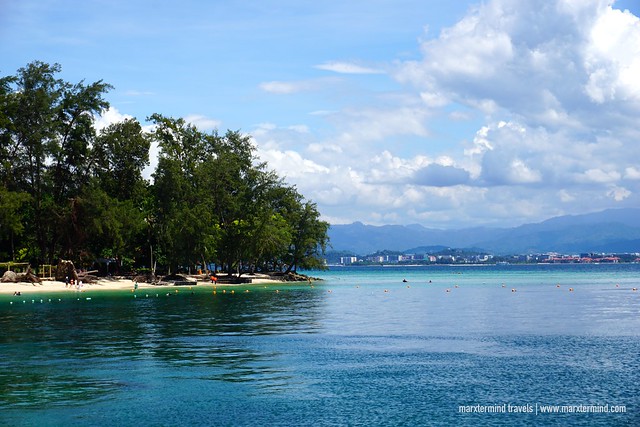 Manukan Island is the most popular among the islands in Kota Kinabalu. They say it is also the most crowded but when our speedboat passed by Sapi Island to drop off some other passengers, it looked like Sapi Island had a lot more tourists. That made me glad that I opted to just settle at Manukan Island.

Manukan Island is a nice spot to just relax and enjoy the beach. It has clear water and a long stretch of white sandy beach. The island also has a nice snorkeling site that makes it a favorite among tourists. 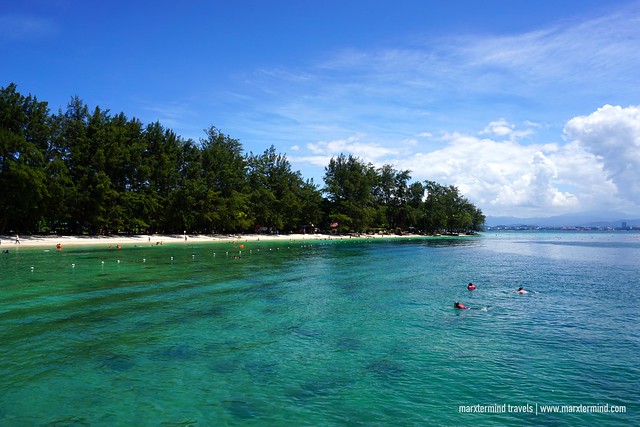 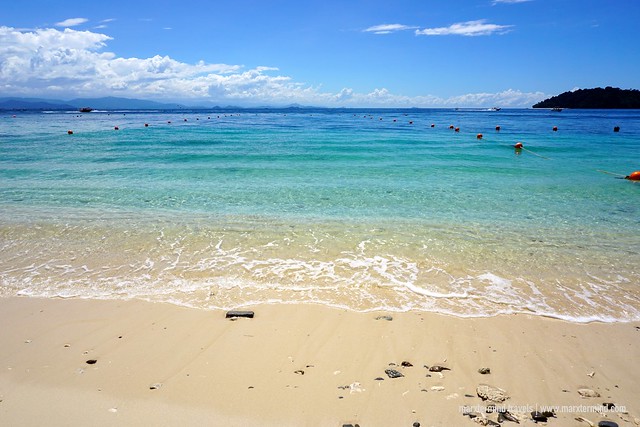 These are just some of the places and activities in Kota Kinabalu. It’s an incredible destination that I’m glad that I was able to visit. In three days, I was able to explore around the city and see some of Kota Kinabalu’s lovely islands.