After getting to some of the islands of Caramoan, our last stop was at the Caglago Mountain in Baranggay Tabgon. A flight of 524 steps to the grotto leads to the 26-foot image of the Blessed Virgin Mary.

By the way, the place is sacred so be wary of you attire / clothes. So, let’s get this started. Let’s go up! 🙂 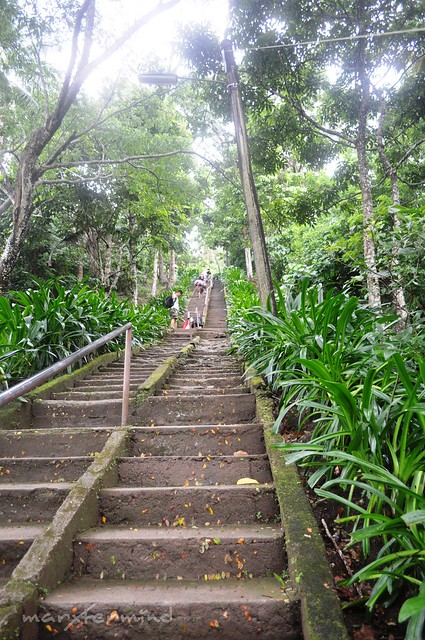 The steps were bigger than usual, so it get exhausted sometimes. So carry a bottle of drinking water with you, you’ll need it.

We planned to count the number of steps up but the guide told us just count the steps when we’re about to get down since it will be more tiring counting while climbing up. We were not yet half way through, but we’re already tired, tired and tired! We stopped for sometime, it’s OK to rest from climbing up! No pressure, this is not a race! 🙂

While on our trail, we were amazed of this scenic view of Caramoan and the sea. A serene and relaxing view, indeed. 🙂 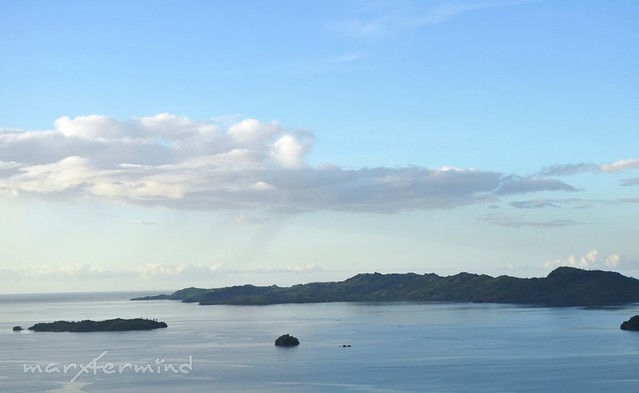 At last, we were able to reach the top. Kulang na lang gumapang kami paakyat! There’s a prayer board posted in the tree in 2 different languages (Filipino – Tagalog and Bico dialect, and English), we then offered a prayer!

Afterwards, we went near to the shrine. While some of my companions were taking some photos, I just sat first and took a rest for awhile. I really got tired going up, it was my highest step up so far! Here’s the view from the peak. 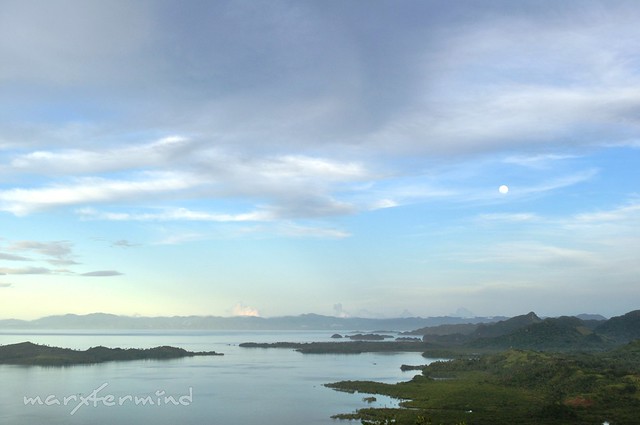 The sea of Caramoan Peninsula is motionless. It doesn’t seem like a sea, it seems like a lake. From the top, you can’t see any waves at all. So tranquil and at peace.

After I regained some energy, I roamed around. There are satellites behind the shrine (panira sa picture). Here’s the Shrine of Our Lady of Most Holy Rosary. 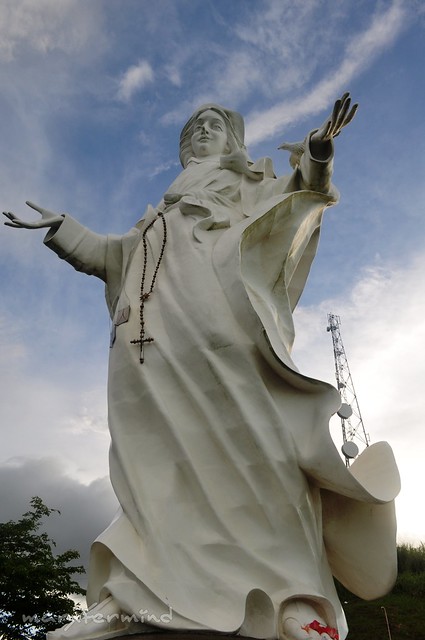 The construction of Our Lady of the Most Holy Rosary began in 1989 under the leadership of St. Dominic of Guzman parish priest Rev. Fr. Felix F. Barella. It was completed the following year through foreign and local funding. The grotto opened its door to the public in 20 May 1990 led by Archbishop of Caceres Most Reverend Leonardo Z. Legaspi OP. D.D. The Eucharist is celebrated in the Shrine every first Sunday of the month and other occasions such as the anniversary of the foundation of the image (20th of May), Triduum, and feast of the Our Lady of the Most Holy Rosary, Mother of Peace (4th of October). The Marian image (image of Our Lady) is the biggest in the Philippines. The image is lighted at night to guide the fishermen back to the shore of Tagbon.

It was already 6:00 PM and we’ve decided to go back. My companions started to count the steps, and unfortunately they lose track. Though it was already way down, it was still tiring. My muscles are shivering, involuntary movement of muscles due to exhaustion.

We were able to get back to the docking area at 6:30 PM, and it’s getting dark. We’re quiet and still when we sailed back to Bikal port. Just like the sea and the sunset, calm and at ease. 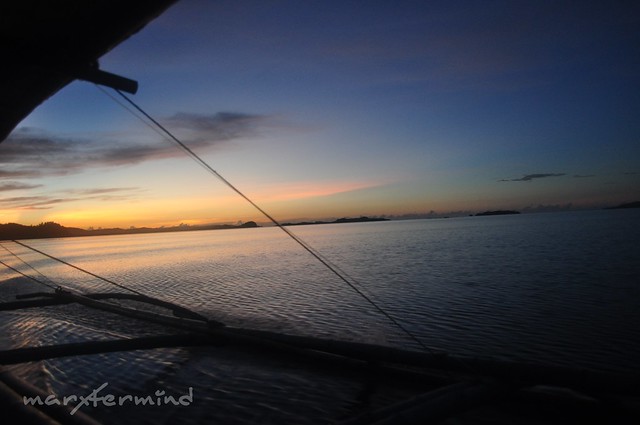 It was a tiring day for us . Though the trip didn’t turn out as planned, it has still been an enjoyable day for us. There are still reasons for me to come back here, I haven’t experienced everything here yet.