Despite of the proximity from Manila, it was only recently when I was able to visit Bataan. I don’t know but I often overlooked this province when I plan for trips or summer vacations. So when my friends invited me to join them to spend a weekend in Bataan, I didn’t hesitate to say yes. It was perfect timing, I guess. I asked the group what’s the plan for the trip. Then they told me that we were going to explore Five Fingers Bataan. Hearing that made me even more excited. Seeing photos online, this destination has amazing rock formations, marvelous views and nice beaches. It is also making rave lately in social media. So going to Five Fingers Bataan and seeing it for ourselves would really be an incredible experience. 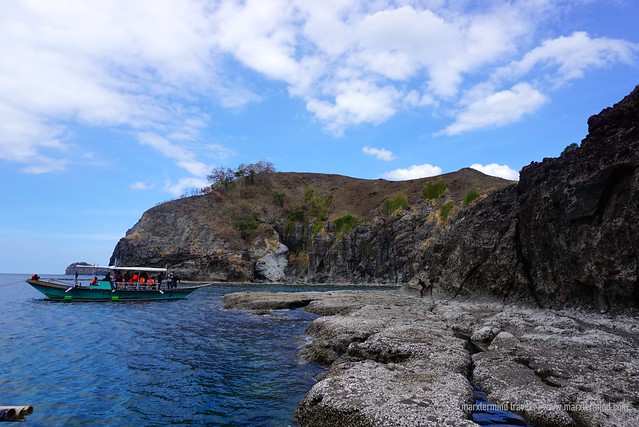 Five Fingers Bataan is a series of coves that when viewed from above, it looks like five human fingers. Located in Mariveles, it’s a wonderful destination where tourists can experience cliff diving, mountain climbing or just enjoy the breathtaking views. With the help of BWP or Bataan Weather Page, our group was able to explore Five Fingers Bataan easy and conveniently. The tour company arranged everything for us. We were provided with a day jam-packed with exciting activities and all. I learned that BWP also offers overnight trips for Five Fingers. The accommodation is in form of camping so if you’re up for this kind of lodging, then I suggest doing the tour in two days. It would also give you more time to enjoy the place.

After coming from Manila to Orion Port to our hotel, it was around 10:00 AM when we get to the meet up point for the tour. We met our guide and he introduced himself to us. We managed to get to our boat around 11:00 AM. There, our tour guide also cited the do’s and don’ts of the tour and other important reminders. Our tour guide also discussed about the inclusions of the tour such as snacks, drinking water, buffet lunch and entrance fee to some attractions and beaches. He also stated about some of the activities to do and sites to visit that made our group thrilled to begin the tour. We had several tourist spots to see that day – and here’s how it went. 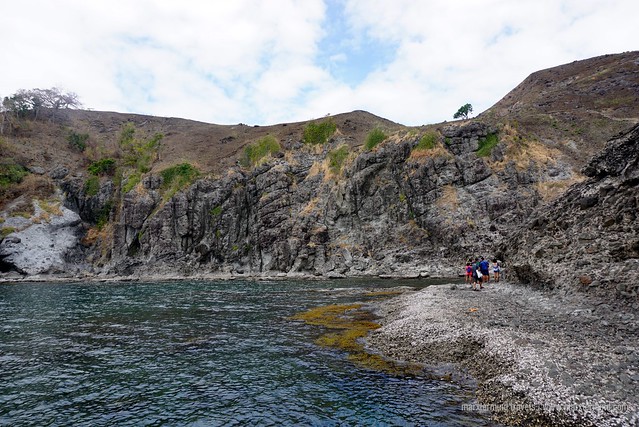 This was our first stop. This place is also known as the thumb of the cove that offers amazing view of the peninsula. However, to see that stunning view one must endure a 30-minute hike under the heat of the sun. We weren’t prepared that there would be an extreme hike like this one. It was challenging to hike because the path is a bit steep and jagged. But it was all worth it. The view from the trop was rewarding. From the summit, we were able to enjoy a 360-degree-view of the Mariveles Bay. 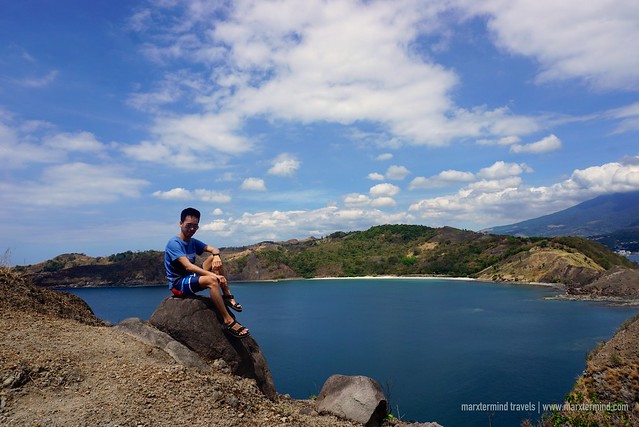 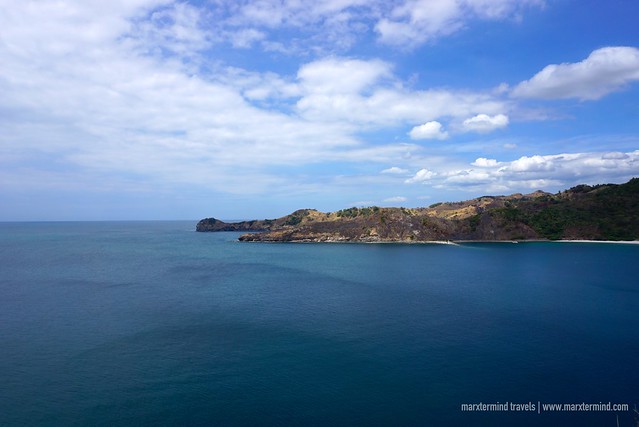 This is one of the cliff diving points in Five Fingers Bataan. Some of us went off the boat and tried to cliff dive. It was kind of scary but it was actually fun after trying it. Jherson tried it first then Paula and then I tried it last. Afterwards, we spent a few minutes swimming and enjoying the small lagoon before heading off to our next destination. 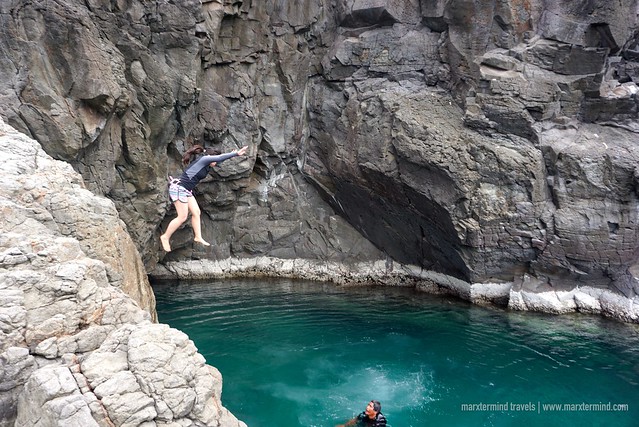 We went to Talaga Beach and there we had some snacks. We also spent some time swimming. The place is nice but I was a bit disappointed because there were a lot of trash. Our guide told us that most of these trashes were washed away from Manila Bay. He then assured us that the local community regularly holds clean up drive in the area. 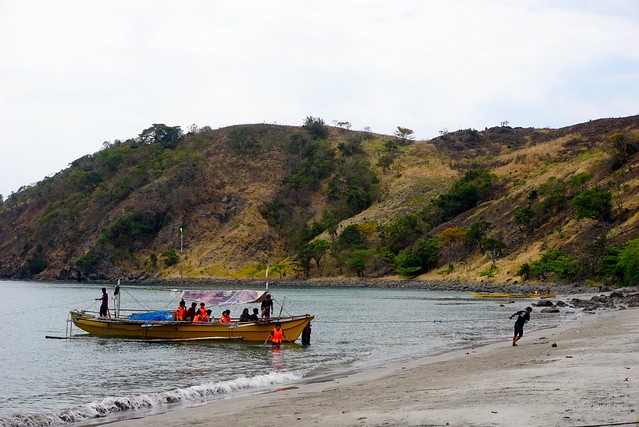 A favorite place for photos, we stopped by Horno’s Point. This tourist spot gave me the impression that we were in a Hollywood TV Series. It has incredible rock formations. I was just sad to see that some of the area has vandals already. Our guide told us that there’s a cliff diving point in this place. But our group was too tired already to try it so we just explored the area and took some great photos. 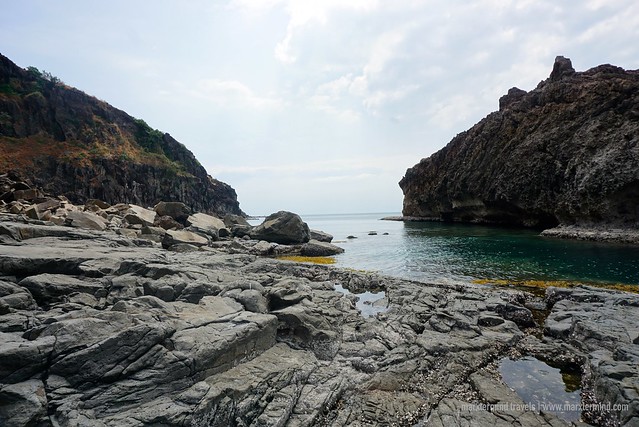 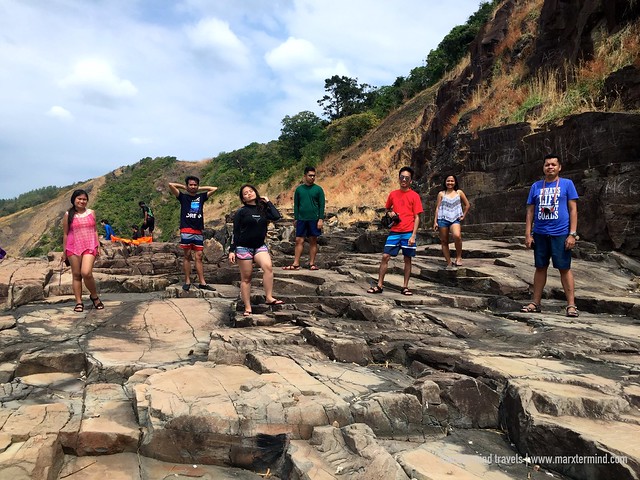 This is the most popular cliff diving spots in Five Fingers Bataan. It has the highest point, which is about 40-feet high. But if you’re too scared for that, there are also other cliffs in the area where you can jump from 10-feet or 15-feet high.

I was too tempted to try the cliff diving but I was taken aback by a lot of tourists in the area. I also wanted to swim and try the water because the color of the lagoon was so tempting but then again, I got hesitated. Well, we were also running out of time already and I didn’t want my friends to wait for me. So after taking photos, we went ahead to our next destination. 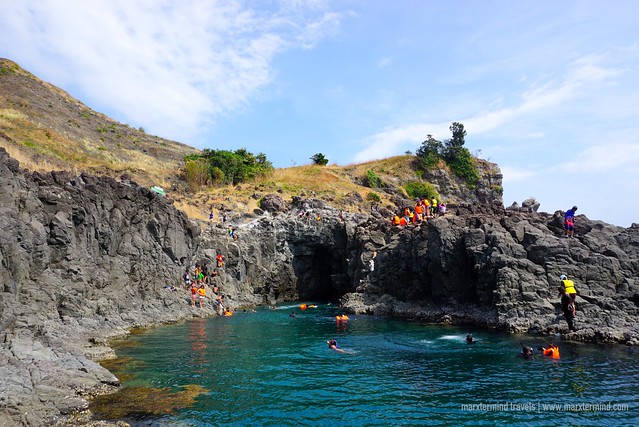 This place is the most awaited part of the tour, where we were able to have our lunch. It comes in buffet style and the selection includes steamed crabs, shrimp, grilled chicken, mixed vegetables, fruits and rice. Serving is unlimited so guests can eat all they want.

Aglaloma Point Beach is also a camping site where guests on overnight tour settle in. It has a nice beach but too bad we didn’t have time to try. After lunch, we bade good-bye to the staff and headed off to our last stop. 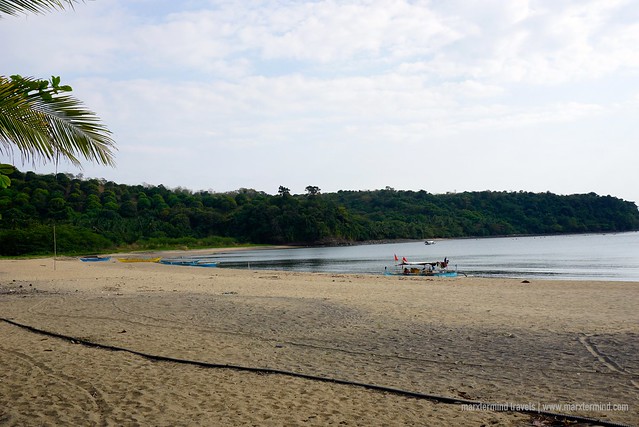 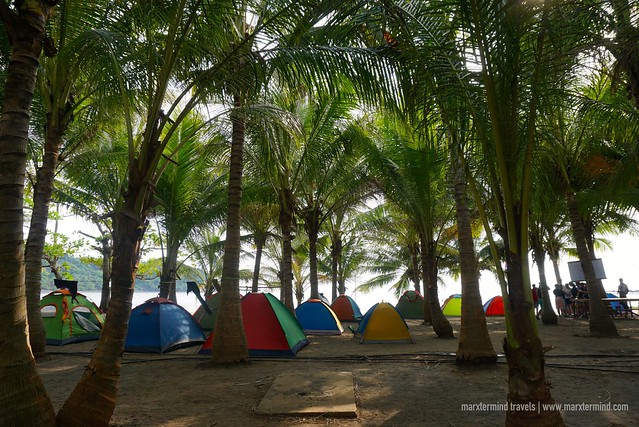 This is the little finger of the Five Fingers Bataan. Locals call it also as Nagbintana Cove because of the arc that looks like a window. This tourist spot is also great for snorkeling. There are also incredible rock formations perfect for some photo opportunities. Some of us went off the boat and explored the area. But before finally ending the tour, Jherson, Paula, Claire and I had a quick dip near our boat and enjoyed the clear water. 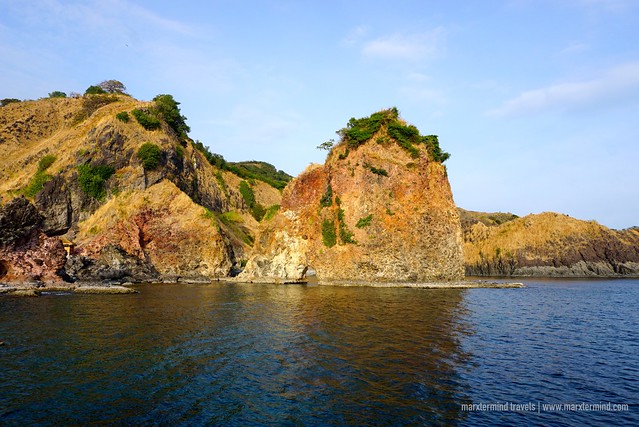 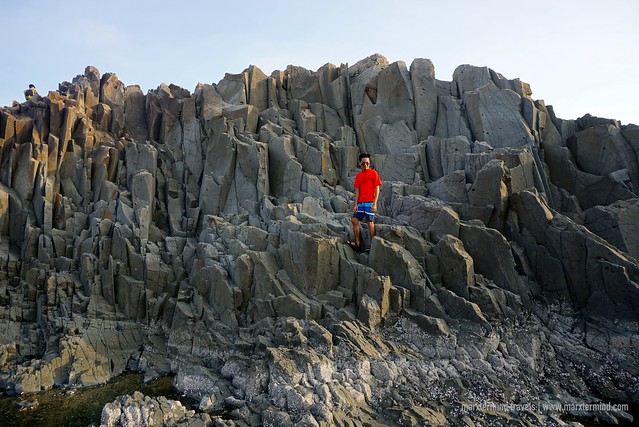 It was an amazing day exploring Five Fingers Bataan. I had fun and enjoyed the company of my friends and BWP. Not only we were able to enjoy the tourist spots but our group also learned a lot about the places that we visited. With so much to see, Five Fingers Bataan is now getting the limelight. It has breathtaking sights and exciting tourist spots to offer making it indeed a place for weekend adventure.

Bataan Weather Page or BWP is a local tour company offering cheap, safe and affordable tours and adventures in Five Fingers and other tourist spots in Mariveles, Bataan. It is also endorsed by Bataan Tourism.